A photomontage published in the cover of a well known magazine called « Le Point », reproduced an Alain Aslan’s sculpture of a bust of Marianne,  a sculpture that depicts the figurhead of the Republic as of Brigitte Bardot, drowning in the seas, under the the heading “wreckers” and the subheading “Corporatists, untouchables, reform killers, lepéno-cégétistes*…. (…) France flows and it is not their problem ». Assigned for infringement by the widow of the artist, the press organ, which had not requested prior authorization, demanded parody as a defense. With success. 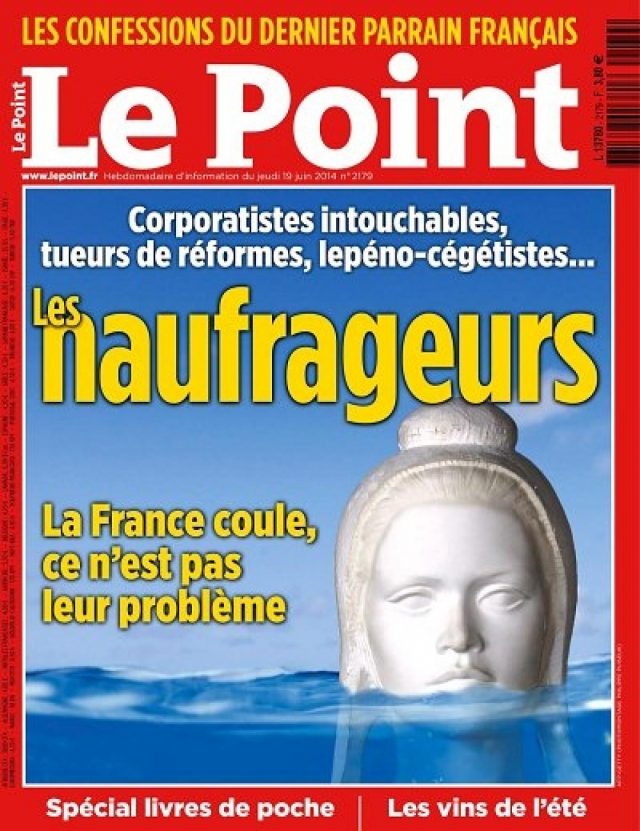 Article L. 122-5 4 ° of the Intellectual Property Code states that “Once a work has been disclosed, the author may not prohibit : (…) 4 ° parody, pastiche and caricature, observing the rules of the genre”. The conditions that must be met for this author’s monopoly exemption to apply are quite flexible. Despite these vague contours, the legal standard of “the rules of the gender” is nevertheless known and circumscribed. Two conditions define the broad outlines : (i) no intention to harm and (ii) no risk of confusion between the two works. These two conditions are recalled by the Court of Cassation in the decision under comment,  but it is not its sole interest.

In its judgment, the Court of Cassation adds that parody exemption escapes the moral prerogatives of the author of the parodied work in that it is not necessary to mention the source. To tell the truth, the solution is not new, but it is in this cas unambiguously exposed by the Higher Court, which is placed under the aegis of European case law, that is CJEU Judgment of September 3, 2014 Johan Deckmyn and Vrijheidsfonds v. Helena Vandersteen, C-201/13, in which the Court ruled that the concept of ‘parody’ is not subject to the conditions that it should relate to the original work itself or mention the source of the parodied work (§33).

One of the other interests of this case is to recall that copyright evolves according to European Union regulations, but also according to the case-law of the Cour of Justice, since national law should be interpretated within the meaning of EU Directives  (in this case Directive 2001/29/EC of the European Parliament and of the Council of 22 May 2001 on the harmonisation of certain aspects of copyright and related rights in the information society), including the concept of parody, although it had existed in French law well before it was regulated at European level).

That is a subject to which we will certainly be returning since the implementation process of the Copyright in the Digital Single Market Directive, amending Directive 96/9/EC on the legal protection of databases and Directive 2001/29/EC on the harmonisation of certain aspects of copyright and related rights in the information society, and Directive 2018/1808/EC on Audiovisual Media Services Directive, amending Directive 2010/13/EU on the coordination of certain provisions laid down by law, regulation or administrative action in Member States concerning the provision of audiovisual media services (Audiovisual Media Services Directive) in view of changing market realities), has only just begun in France.

The opinions expressed in this article are those of the authors and do not necessarily represent those of the Institute.

previous
Patents Rights on Rocket Shells: Anecdote Regarding the Use of Patents During the First World War - Jérôme TASSI
next
Between Guarantee of Identity of Origin and Technical Innovation: the Assertion of Incompatibility by the Court of the European Union - Clara Grudger